A Church Service in Hangberg – between Light and Dark 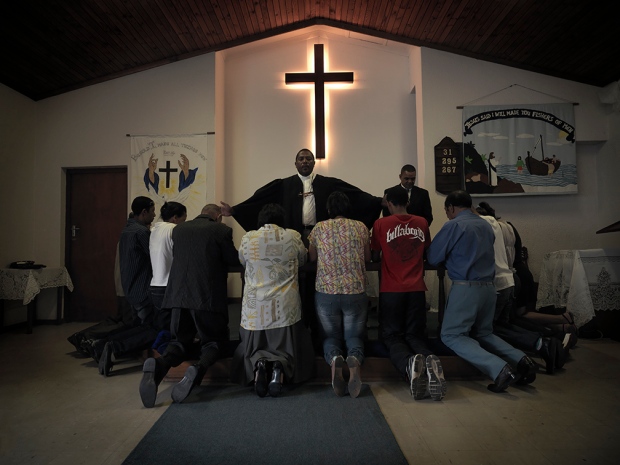 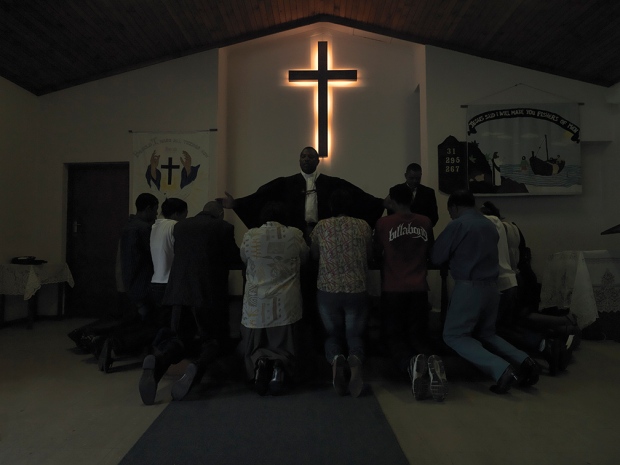 I spent Sunday morning photographing in Hangberg at a church service this time.  The likeable Reverend Derek Maragele was kind enough to give me permission to shoot amongst his congregation and those who attended (as ever) were happy to let me wonder amongst them (almost) unnoticed and take images.

I’ve been cleaning and editing quickly yesterday and this morn.   One great thing about having an assistant is that editing images is greatly helped by having someone artistically minded look at the images and who is not involved in the work.

I took both these images at nearly the same time.  I took the first one with a near to normal balanced ambient reading and then looked again and shot a second using a spot meter reading from around the main cross area over the Reverend’s head. I have lightened the second image slightly though.

The reverend’s head is slightly off-centre in the second image, making composition slightly better in the first but I still personally lean towards the darker image.  One thing I will say about the Hassleblad is that while  there is more noise at higher ISO’s the tonal gradation in shadow is supreme.  I’ll prob end up editing in the first image (if I use it at all in the final edit) but still love playing around in the darkness with the Hasslebald!